One City, One Read: Parable of the Sower 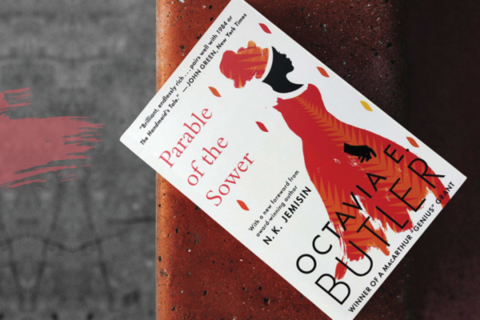 Join the International Festival of Arts & Ideas, the New Haven Free Public Library, Yale Schwarzman Center, and partners across the city in celebrating the magnificent work of Octavia Butler’s Parable of the Sower as One City, One Read. Featuring events citywide inspired by and related to the core themes and values of Parable, there will be something for everyone: from performances and screenings to lectures, panels, and guided discussions.

A startlingly prescient science fiction masterwork, Parable of the Sower is the “brilliant, endlessly rich” (John Green, New York Times) story of Lauren Olamina, a 15-year-old Black girl in a not-too-distant future of climate catastrophe and economic devastation. After her family home is burned to the ground, she travels through California on foot, powered by her near-prophetic belief in the only constant in life being Change, and in her journeys gathers followers to become the community known as Earthseed. Parable received a 1995 Nebula Award and was a New York Times Bestseller in 2020 due to its relatable themes of social inequality, climate change, infrastructure collapse, and migration.