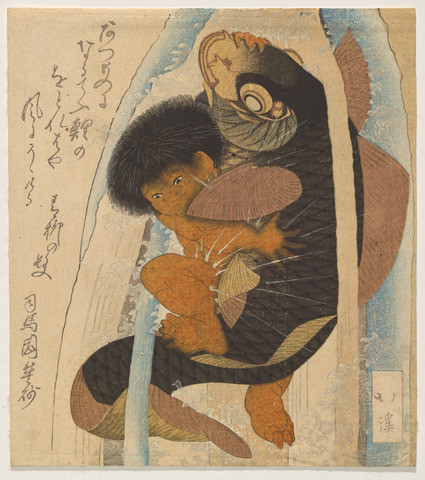 Surimono was a deluxe, privately published type of Japanese woodblock print that flourished in the late 19th and early 20th centuries. In Edo (present-day Tokyo), artists of the ukiyo-e school, including luminaries such as Katsushika Hokusai, Utagawa Kunisada, and Kubo Shunman, received most of the commissions for these clever illustrations to commemorate special occasions, particularly the arrival of spring. A characteristic unique to surimono produced in Edo was the inclusion of one or more 31-syllable witty poems called kyōka, which translates to “mad verse.” While members of poetry clubs used these poems primarily to exchange wishes for the New Year, a closer examination of these poetic texts reveals the poets’ deep awareness and shared admiration of East Asian literary classics, especially of esteemed poetry collections. In this lecture, John T. Carpenter, the Mary Griggs Burke Curator of Japanese Art at the Metropolitan Museum of Art, New York, explicates the text-image interaction at work in surimono, especially the visual punning that erudite artists of the ukiyo-e school often brought to the poems in these delightful prints. Generously sponsored by the Martin A. Ryerson Lectureship Fund.