Migration Corridors: A New Approach to Migrant and Worker Rights and Power 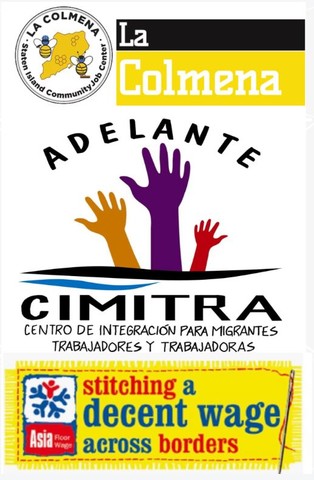 Advocacy on migration has traditionally been approached from a national level. However, the current climate highlights how the global economy, foreign policy, and the impacts of climate change link home and destination countries in important way. Each speaker will discuss their own work and what the corridors approach brings to demands for corporate and state accountability The discussion will also look at similarities and differences in the approach across the Americas and South Asia- Middle East. The panel will highlight the power of a trans-local power building approach with migrant and worker organizations leading from a rights, power, and cultural lens.
Speakers:
Liduvina Magarin, is Executive Director of the Center for Worker and Migrant Integration / Centro de Integración para Migrantes, Trabajadores y Trabajadoras (CIMITRA) based in San Salvador, El Salvador. She is the former Vice Minister for Salvadorans Living Abroad for the Ministry of Foreign Affairs of El Salvador, and has held posts in the Legislative Assembly and Legal Department of the Ministry of Foreign Affairs covering investment, immigration, health, and the environment. She is a core advisor to the Corridors of Justice Project with Prodesc (Mexico), the National Day Labor Organizing Network, and Global Labor Justice building innovative transnational organizing strategies to demand justice and dignity for migrants at home, in transit, and where they reside in Central America, Mexico, and the United States.
María Del Carmen Molina is the General Secretary of the Confederación Sindical de Trabajadores y Trabajadoras de El Salvador - CSTS, one of the largest trade union confederations in El Salvador and is on the board of CIMTRA, the new Workers’ Center in El Salvador.
Anannya Bhattacharjee is the International Coordinator of Asia Floor Wage Alliance, a global supply chain campaign for living wages and a violence-free workplace for garment workers in Asia who are mostly women and who produce most of the world’s clothing. She has a long experience working at the intersection of labor and migration and has helped build these grassroots labor and migration related collaboration between North America, Europe and Asia for well over a decade.
Representatives from La Colmena, a Staten Island Job Center, operating in New York and Mexico.
Facilitators:
Gonzalo Mercado, Executive Director of La Colmena & Coordinator of International Strategies for the National Day Laborer Organizing Network and JJ Rosenbaum, U.S. Director of Global Labor Justice

Contact:
Yale Center for the Study of Race, Indigeneity, and Transnational Migration
203-432-3233
ritm@yale.edu